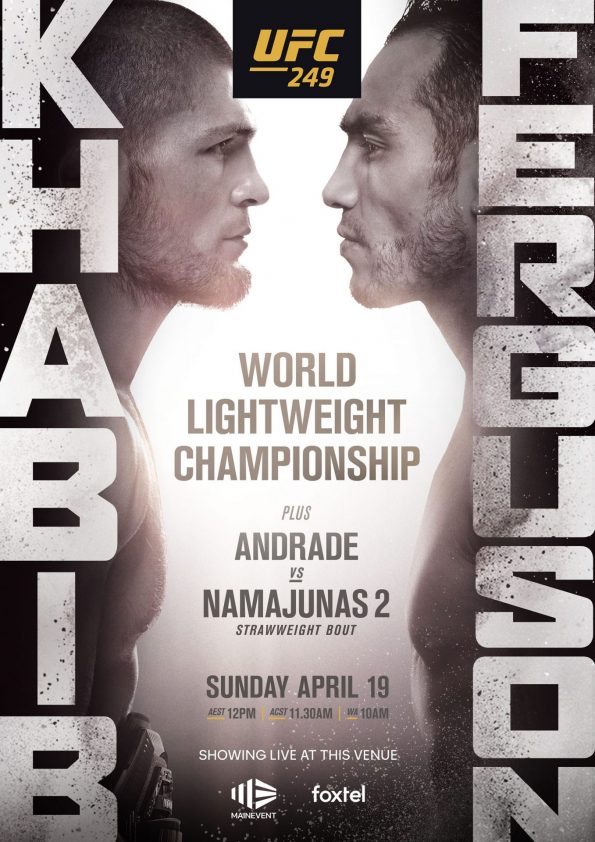 The boys get ready to rumble on Sunday 19th April as Khabib Nurmagomedov defends his lightweight title against Tony Ferguson at UFC 249! It’s going to be an action packed day of boxing!

Catch every minute of the action LIVE & LOUD on our screens from 12pm AEST.